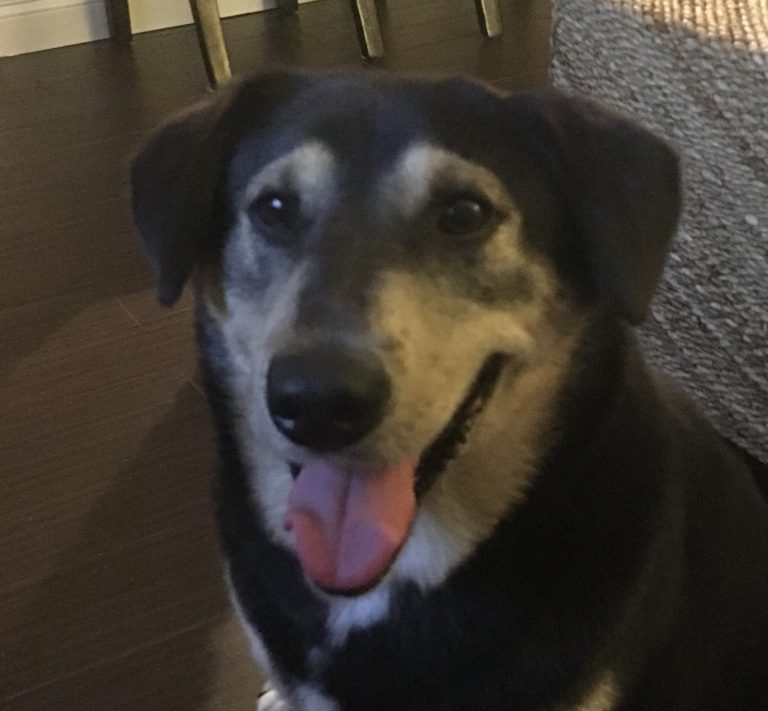 Meet Grace, Grace is a adult rescue from Big Dog Rescue Ranch.  I had originally gone there because they had a litter of Black Lab puppies.  When I arrived all were gone, so I asked if there was a cool older dog who needed a home.  They introduced me to Patty whom I renamed to Grace. She was at the ranch for several months and before that was in a high kill shelter in South Carolina.  Grace had spent months at the 2 shelters, mainly because of her age., Grace was 6.

People often overlook older dogs when choosing to adopt because the idea of purchasing puppies seems more appealing. However, there are many, usually disregarded, advantages of getting a mature dog; here are five top reasons to adopt an older dog.

Grace has been the best decision I have ever made.  She is my second rescue, many of you remember Coco my Black Lab, whom I adopted from Peggy Adams Animal Rescue League. Who I thought, and everyone agreed was an amazing dog.  I rescued her when she was young and spent hours and years training her to become the perfect dog.  Grace on the other hand had come somewhat pre-programmed, she was housebroken, social, great on leash and even off leash, knew her commands and likes to sleep in.

Getting an older dog can be a thoroughly rewarding decision. You can find great older dogs at both Peggy Adams and Big Dog Rescue in addition to Palm Beach County Animal Care Not only will you be giving a dog a new home and bright future, but you will also be gaining a wonderful companion.  I can tell you from first-hand experience that won’t regret it.